At one time or another, all of us have experienced some form of betrayal. Betrayal comes in so many forms: Gossip, cheating, lying, and treason to name a few. Whether it was a spouse, friend, co-worker, or family member, the pain can run so deep that it may seem you will never heal again.

The ultimate betrayal was found in the life of Jesus Christ. There are several accounts of betrayal he experienced from the people closest to him; to the absolute stranger who despised him. He was persecuted, betrayed, mocked, and murdered all for the sake of His ultimate purpose and sacrifice to die for our sins and to save the lost.

What should our reaction be when faced with betrayal? We should look to Jesus as the model of forgiveness. One example was in Luke 22:34. “And he said, I tell you, Peter, the cock shall not crow this day, before that thou shalt thrice deny thou that knows me.

You may have experienced this situation at one time or another.  You spot someone in a room or familiar place that you know. You could be at the grocery store, shopping mall, or social event and someone you know sees you across the room but instead of a smile or wave, they just turn their head like they don’t even know you.

This is just a minor example of how you may feel when someone doesn’t acknowledge your presence for whatever reason. Either way, it doesn’t feel good. Can you imagine how Jesus felt? The one closest to him denied him three times! There is nothing worse than a two-faced person. You may also question your relationship with that person even if they are only a co-worker, neighbor, or acquaintance. It’s a breach of faith in hopes of building a friendship or business relationship.

Another prime example was in Luke 22:48. “But, Jesus said unto him, Judas, betrays thou the Son of Man with a kiss?” Flattery is often buried under deceit. Sometimes the sweetest person is disguised as a wolf in sheep’s clothing. You shouldn’t be suspicious of every kind and loving gesture but action speaks louder than words. As the saying goes, “Keep your friends close but your enemies closer.”

The ultimate betrayal was in Mark 10:33-34. “Behold, we go to Jerusalem and the Son of Man shall be delivered unto the chief priests and unto the scribes; and they should condemn him to death and shall deliver him to the Gentiles: And they shall mock him, and shall scourge him and shall spit upon him, and shall kill him and the third day he shall rise again.

Jesus paid the ultimate sacrifice for our sins out of his love and forgiveness. “For God so loved the world that He gave His only begotten Son, that whoever believes in Him should not perish but have everlasting life.  For God did not send His Son into the world to condemn the world, but that the world through Him might be saved. He who believes in Him is not condemned, but he who does not believe is condemned already because he has not believed in the name of the only begotten Son of God.  And this is the condemnation, that the light has come into the world, and men loved darkness rather than light because their deeds were evil.  For everyone practicing evil hates the light and does not come to the light, lest his deeds should be exposed. But he who does the truth comes to the light, that his deeds may be clearly seen, that they have been done in God.” John 3: 16-21

There is only one account in the Bible that I’m aware of that God does not forgive. In Mark 3:29 it states, “But he who blasphemes or mocks against the Holy Spirit never has forgiveness, but is subject to eternal condemnation.”

Forgiveness is not easy. Sometimes the hardest thing to do is to forgive yourself. It is also a life-long process. The act of forgiveness releases us from the negative emotions that hold us in bondage to the person who hurt us. However, if you happen to be on the other side of forgiveness, a sincere apology is the least you can give to the person you hurt. Empathy, patience, and understanding will have to be worked through in each issue of any relationship.

Forgiveness is not something that can be taught. It is the most difficult thing to overcome in the flesh. Memories play over and over in your mind which makes it hard to let go. However, the quicker you can let go of the pain, the faster you can move on. You may never forget, but you can forgive.

The best thing you can do is to acknowledge your pain, accept what you’ve experienced, and walk in patience because it takes time depending on the level of deception attached to the pain. It’s much like the grieving process of a lost loved one.

Forgiveness also doesn’t mean you have to subject yourself to the same trifling people, situations, or circumstances. It means you can release the animosity, anger, pain, or guilt and open your heart to receive peace, grace, healing, and freedom from every emotion that’s imprisoned you.

The act of forgiveness is the ministry of Jesus. It is the foundation, and cornerstone of the Gospel. It is also found in your heart despite the difficulties, challenges, and disappointments you face in life. You are set free. Don’t let another hour, day, week, month, or year go by. Make the decision to forgive today.

“And whenever you stand to pray, if you have anything against anyone, forgive him, that your Father in heaven may also forgive you your trespasses. Mark 11:25

Have the latest blog post delivered to you via email.

The Promises of God

Connect with me here: 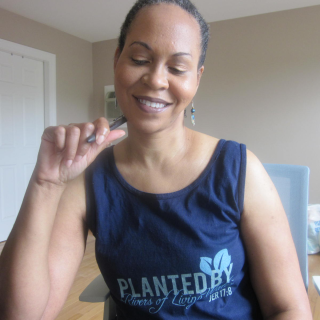