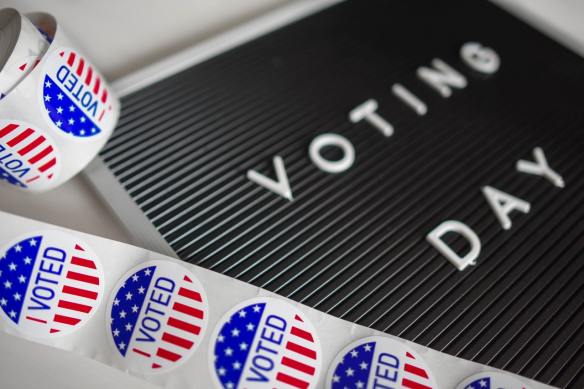 As I watched, “The Voice,” on TV, I imagined how it must feel to shine in the spotlight among millions of people after giving a spectacular performance. It must be an exasperating experience. It must feel so good to hear the cheers and screams from so many people.

So many people desire fame and fortune. It is all over the media. We watch celebrity reality shows, dancing and singing competitions and internet sensations. We are consumed with being followed on Twitter, liked on Facebook, and shared on YouTube. We are obsessed with appearance, personalities, talent and style.

We also live in a very competitive world which creates more stress to be the best. Sometimes by striving to be the best, we sometimes lose sight of the deeper connections to ourselves. We start comparing ourselves to others and trying to be better or do better than our neighbor. In the long run, we become dissatisfied or discontented with who’ve we’ve become in the process.

After thinking about things, it just made me realize how many followers we have in this world. Some people will lose themselves just to fit in. It just doesn’t feel good to stand alone in the midst of a crowd. People are easily swayed to go along with the majority or simply ignore conflict to blend in.

Children are constantly bullied in school because they are different. Women are judged for not keeping up their appearance, so they get plastic surgery to be approved by society or to feel better about themselves. Men are criticized for not being the stereotype of what a man should be. Men often cannot show their sensitive side or express the desire to be in a committed relationship.

We all have a role or a mold to fit into to keep others comfortable. It crosses all cultural, ethnic, class and social groups. We have roles in families, we have roles in our workplace and roles in our communities. If we step outside of expectation, we may realize that we’re standing alone which is a very cold place to be. It made me realize that the lack of leaders are slim to none.

What makes a good leader? It takes courage and strength to be a leader. You must not be afraid of the opinion of others. You give direction and guidance, but also know your strengths and weaknesses which allow you to delegate tasks appropriately. You take the blame when things don’t go as planned but know when to apologize when you make a mistake. You walk with integrity and authority and let go of ego and control. It’s a place where you stand in your convictions despite what others may think or say. True leadership is a place of solitude. It’s a place where not only your character is tested and challenged, but also your intentions and motivations.

Great leadership is hard to find. There is only one true leader who was not recognized for his miraculous work. Jesus, led by example and fulfilled the great commission.

As a leader, let’s remember that we will not always be praised or honored for the work we accomplish but we should work to please the Father in all that we do.

“For God sent not his Son into the world to condemn the world: but that the world through Him might be saved.” John 3:17

“So God created man in his own image, in the image of God created he him; male and female created he them. And God blessed them, and God said unto them, be fruitful, and multiply and replenish the earth, and subdue it: and have dominion over the fish of the sea, and over the fowl of the air, and over every living thing that moves upon the earth.” Gen 1:27-28

“But from the beginning of the creation God made them male and female. For this cause shall a man leave his father and mother, and cleave to his wife. And they twain shall be one flesh: so then they are no more twain, but one flesh. What therefore God hath joined together, let not man put asunder.” Mark 10:6-9

This site uses Akismet to reduce spam. Learn how your comment data is processed.